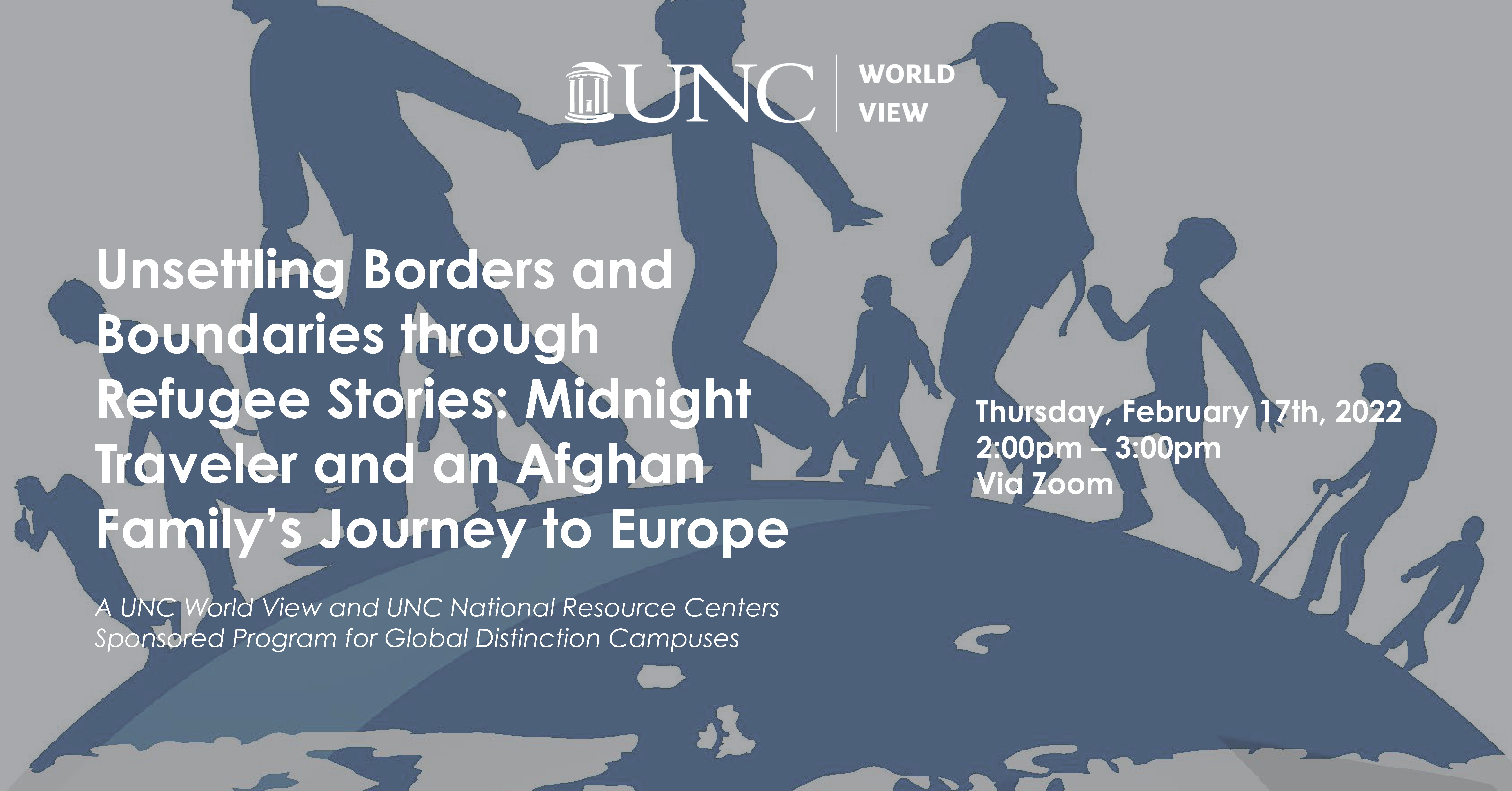 This is a tailored offering for community college students and educators at Scholar of Global Distinction campuses. The program is planned and administered by a UNC/Duke University National Resource Center and UNC World View, with support from UNC faculty. In its inaugural year, this program will explore Middle Eastern refugee and immigrant experiences in partnership with Banu Gökarıksel, UNC professor of geography and newly appointed chair of the curriculum in global studies and the Duke-UNC Consortium for Middle East Studies. Scholar of Global Distinction students who complete the following 3 parts of the offering will have an opportunity to earn 4 hours towards the 8-hour international activity requirement of the Scholar of Global Distinction program.

In 2015, after Hassan Fazili’s documentary Peace in Afghanistan aired on Afghan national television, the Taliban assassinated the film’s main subject and put a price on Fazili’s head. Fearing for their survival, the Fazili family fled Kabul for Tajikistan. Yet after 14 months spent submitting asylum applications that were rejected again and again, they were deported back to Afghanistan. It was at this juncture that Fazili picked up his cell phone and hit the record button.

Chronicling every step from inside the action, Fazili, his filmmaker wife, and their young daughters trek across Iran, Turkey, Bulgaria, and Serbia—scurrying through perilous landscapes, huddling in freezing forests, cramming into rattling vehicles. As they endure smugglers, gangs, and refugee camps, the camera witnesses not only the danger and desperation but also the exuberance and tenderness of this irresistible, loving family. For Fazili, framing their story becomes an assertion of control, humanity, and self-expression in a situation where none exists. With its radical subjectivity, visceral footage, and poetic form, Midnight Traveler is a migration story like no other.

(1 hour) – Answer the following discussion questions about Midnight Traveler. Please use this form when turning in your responses to your global distinction liaison.

1. Describe a moment or scene in the film that you found particularly disturbing or moving. What was it about that scene that was especially compelling for you?

2. If you could ask anyone in the film a single question, whom would you ask and what would you want to know?

3. What are some of the challenges that the family faced during their three-year + journey?

4. What do you know now about the modern refugee experience that you didn’t know before viewing the film?

5. Prior to viewing the film, if someone had asked you to describe an Afghan person, what would you have said? What were your most reliable sources of information? How did the Fazilis affirm or contradict your original idea?

6. How has the film informed your thinking on immigration policy, and specifically on rules governing refugees and asylum?

(1.5 hours): Attend and engage with UNC Professor Banu Gökarıksel in a virtual, live, discussion. Submit a 250-word reflection summarizing what you learned from the discussion to your Scholar of Global Distinction liaison by March 15, 2022. Please use this form when turning in your responses to your global distinction liaison. 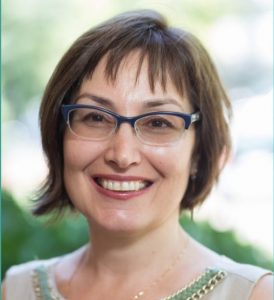 Professor Gökariksel is The Caroline H. and Thomas S. Royster Distinguished Professor for Graduate Education at The Graduate School at the University of North Carolina, Chapel Hill. Professor Gökariksel has a joint appointment in the Curriculum in Global Studies and is an adjunct appointment in Gender, Sexuality, and Feminist Studies at Duke University. She is also the newly appointed chair of the UNC Curriculum in Global Studies. She served as the co-editor of the Journal of Middle East Women’s Studies from 2014-2018.

Her research examines bodies, intimacy, and everyday spaces as key sites of politics and geopolitics. Her research has contributed to understanding embodied and lived experiences of religion and secularism, the production of social difference, and the formation of subjects, borders, and territory.

Professor Gokariksel received her PhD in Geography from the University of Washington, Seattle and MA in Sociology/Anthropology from Boğaziçi University, Istanbul, Turkey and was awarded the 2017 Chapman Family University Teaching Award and the 2018 American Association of Geographers Enhancing Diversity Award.